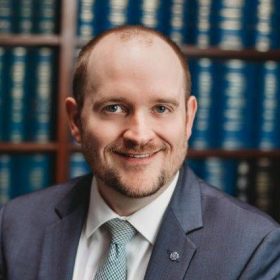 Before joining TCORS, Zachary worked in Hartford at Szilagyi & Daly as a litigation associate and clerked for both the Connecticut Appellate Court in Hartford and the Connecticut Superior Court in New London. While working towards his law degree at UCONN Law, he was appointed as Assistant Managing Editor for the Connecticut Public Interest Law Journal and was Co-President of the ACLU-CT, University of Connecticut Law School Chapter.

Attorney Kohl, a resident of New London, Connecticut, received his undergraduate degree from University of Missouri in 2009. He is active in the local community serving on the board of the American Civil Liberties Union of Connecticut. In his free time, Attorney Kohl enjoys playing vintage base ball as a member of the Thames Base Ball Club in New London.

In the news: Attorney Kohl